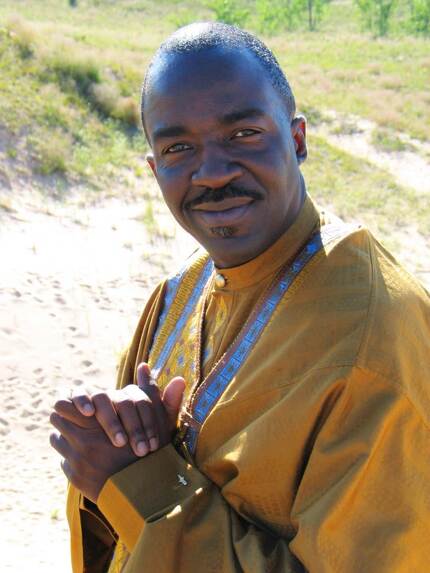 William Chapman Nyaho, a Ghanaian American, is an active solo recitalist, duo pianist and chamber musician, giving recitals and concerts throughout the United States, and in Europe, Africa, Asia, South America and the Caribbean, often focusing on music by composers of African descent. He regularly serves as a guest clinician at colleges and universities around the United States and has also adjudicated for national and international piano competitions.

Chapman Nyaho’s professional experience includes being a North Carolina Visiting Artist and Associate Professor of Music at the University of Louisiana at Lafayette, where he held the Heymann Endowed Professorship and was the recipient of the Distinguished Professor Award. He has served as Visiting Professor of Piano at Colby College and Pomona College, has been an Artist-in-Residence at Willamette University and professor of piano studies at the Adamant Music School. He has also been on the summer faculty of the Interlochen Center for the Arts. Chapman Nyaho currently serves on the piano faculty at Pacific Lutheran University in Tacoma, Washington, as well as operating a private teaching studio in Seattle.

In addition to teaching, Chapman Nyaho serves on the board of trustees of the Frances Clark Center for Keyboard Pedagogy and is Vice President of Diversity, Equity and Inclusion for the Music Teachers’ National Association. A strong advocate for music by composers of African descent, Chapman Nyaho’s publications include a five-volume anthology entitled Piano Music of Africa and the African Diaspora [Oxford University Press] in recognition of which he received the 2022 MTNA-Frances Clark Keyboard Pedagogy Award. He has recorded three CDs of solo piano music by composers of African Descent titled “Senku’” “Asa” and “Kete” on the MSR Classics label. He has also recorded Aaron Copland: Music for Two Pianos and the recently released Five by Four as the Nyaho/Garcia Duo.

Chapman Nyaho earned his degrees from St. Peter’s College, Oxford University, the Eastman School of Music and the University of Texas at Austin. He also studied at the Conservatoire de Musique de Genève in Switzerland.
​​
Video featuring Nyaho - Music from Home
Website: https://www.nyaho.com/